As I wrote on my previous article I'm a bit tired of setting up mp3 capabilities on every Linux workstation I use. Main reason for me needing mp3 support is my Nokia E70 which I use as portable audio player. I was advised to try Symbian OggPlay[*1] . So I did give it a try. First I grabbed Symbian OggPlay SIS core package from http://sourceforge.net/projects/symbianoggplay[*2] .

I grabbed also skin mcNuOggPlayQVGA.SIS, since this was told to do. The skin itself wasn't useful which I noticed when first tried it after install. The certificicate for S60 3rd version was also expired, so I had to set my phone's date back to 2006 to get both sis files to install.

After install I launched the OggPlayer and chose Options-->Find new files. OggPlay found all my existing audio files my E70. Despite it's name, OggPlay, it is also capable off playing mp3, acc and m4p files ass well. I didn't have any oggs to test with, so I needed first to generate some.

I changed my Sound Juicer setting for extract to ogg instead of mp3 as you can see below: 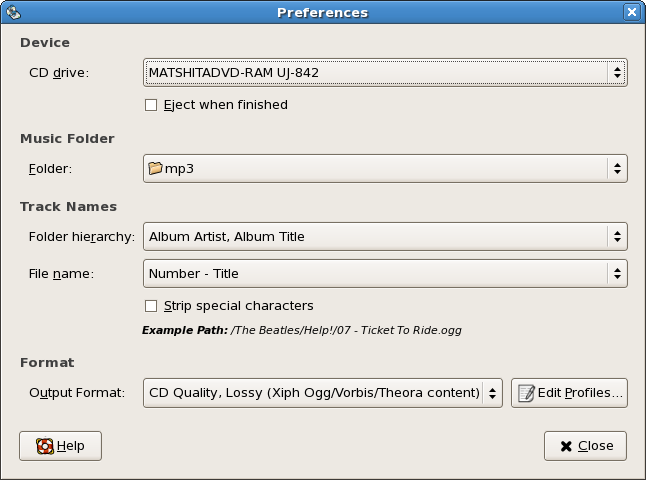 I deleted my In rainbows (bonus disc) which existed as mp3 files on my E70, and ripped the CD again using Sound Juicer with original ogg options set for extracting. Everything seemed to went fine. Next I transfered the files using Amarok to my E70 as advised in my previous article.

Then I scanned all my almost 300 audio files again on OggPlayer. OggPlayer seems to get quite slow after scanning 200 files, but eventually it did manage to see all files including the newly transfered ones. Ogg files sounds as good as mp3 files did. 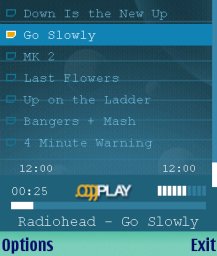 I'm not totally happy with OggPlayer's UI. I think E70's standard music player has better UI, but no doubt that I'll learn to live with OggPlayer's UI as well. There was also some delightful features the standard music doesn't have. Like user definable short keys for different functions and volume boost down and up settings. Later would be especially useful when I'm not carrying my better pair of head phones.